What are Administrative Rules

A rule is a product of rulemaking by a state agency.
Virtually everything in your daily life is affected in some way by rules published by members of ACR from the quality of air you breathe to the licensing of your dentist. You may not know who we are, but you certainly feel the impact of our labors on a daily basis.

Registration is now open to ACR members! We have a limited of number of in-person registrations for members.
NASS will offer a select number of sessions virtually as well as all ACR & NPA meetings.

Unless otherwise noted, all sessions will be held in the Sioux City conference room of the Des Moines Marriott Downtown.

All meeting times are listed in Central time.

There will also be an option to attend ACR sessions virtually. This will be a SEPARATE registration process and the registration fee will be $50 per person.

The State and Federal Survey is a valuable tool that contains a wealth of information about administrative rules in the various states. 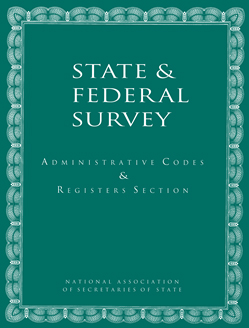 For example, you can find out which states publish an administrative register or code, determine which branch of government is responsible for publication, and locate contact information for the states.

This survey is available for US $40. Please fill out the order form and make check or money order payable to ACR Survey. 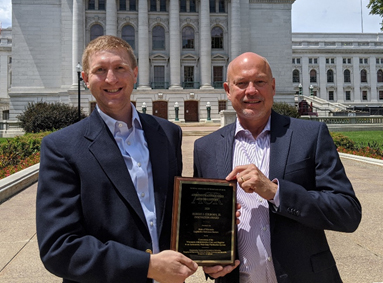 Wisconsin has undertaken a conversion of the Wisconsin Administrative Code and Register from a printed publication to an automated, integrated, and web-only publication system. The Wisconsin Legislative Reference Bureau (LRB) implemented this project while discontinuing the printed administrative code and register which reduced significant costs to the state.

Partners in this endeavor with LRB included the Wisconsin Legislative Technology Services Bureau (LTSB) with development, programming, and implementing an automated publication system for the administrative code and register, a new administrative rules website, and a centralized web-based rules document archive.

Completion of the project has reduced the costs and labor required for production while improving the presentation of, and accessibility to, administrative rules–related material on the Wisconsin Legislature’s website for both government and public users.

Because of these homegrown innovative features, the awards committee has selected the Wisconsin Legislative Reference Bureau for their work on the Wisconsin Administrative Code and Register as this year’s Colborn Award recipient.

Administrative Codes and Registers (ACR), a section of the National Association of Secretaries of State (NASS), created the Robert J. Colborn, Jr. Innovation Award in July 2001 in honor of Robert J. Colborn, Jr., who served as the administrator of the Maryland Division of State Documents from 1974 through 2001 and founded ACR. The Robert J. Colborn, Jr. Innovation Award annually recognizes a program that demonstrates creativity and innovation in providing public access to, or managing, administrative rules. It honors the state agency that has made substantial contributions to the flow of information to the public by improving efficiency and delivery of services to citizens, businesses, and other governmental entities.

“We are honored to receive the Colborn Innovation Award and thank the ACR Section of NASS for recognizing Wisconsin’s modernization of its rules publication system. We would also like to thank the Wisconsin Legislative Technology Services Bureau, which assisted us throughout this project. The new rules publication system has changed the way that we do business, providing significant cost savings to taxpayers and increased public access to Wisconsin’s administrative code and register.”, said Richard Champagne, Chief of the Wisconsin Legislative Reference Bureau.

Administrative Codes and Registers
a Section of the National Association of Secretaries of State
July 15 – 16, 2020

All sessions will be held virtually using GoToMeeting.  After registration, NASS will provide your webinar login details via email. Stay tuned for the ACR Bunch!

4:00 – 5:00 p.m.        FederalRegister.gov and eCFR – Upgrades and Integrations – presented by John Hyrum Martinez and Steve Frattini, Office of the Federal Register

12:00 – 1:00 p.m.     We Don’t Need No Stinkin’ Rules – Idaho Unleashed:  What Happens When Your Administrative Code Expires – presented by Dennis Stevenson 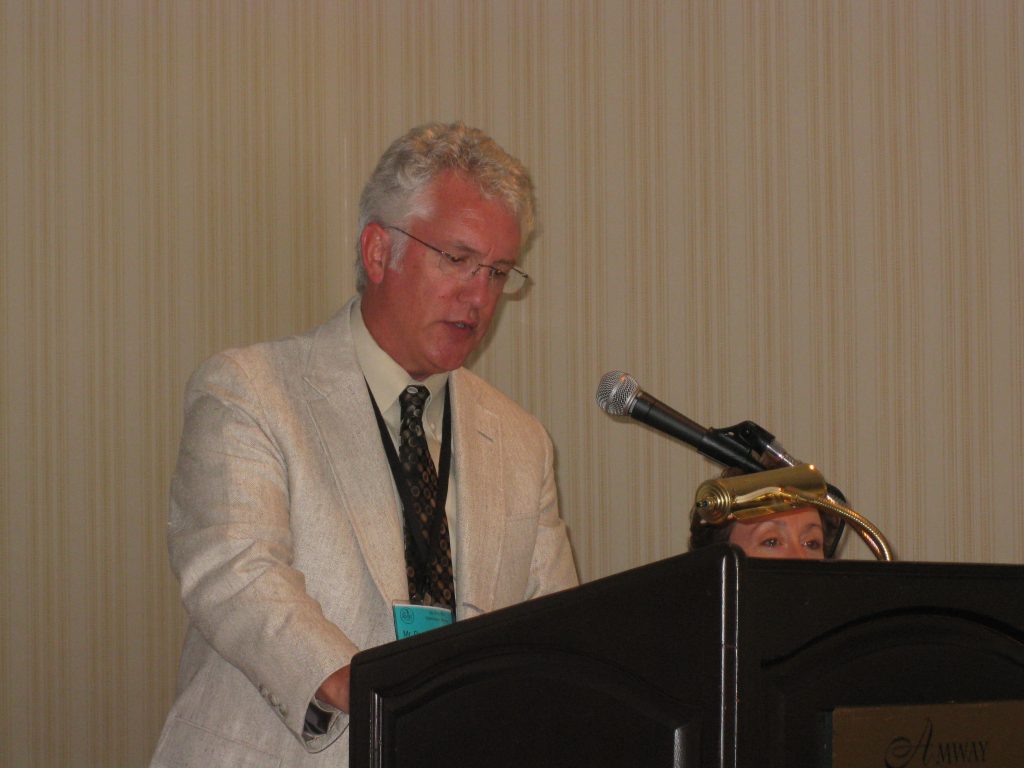 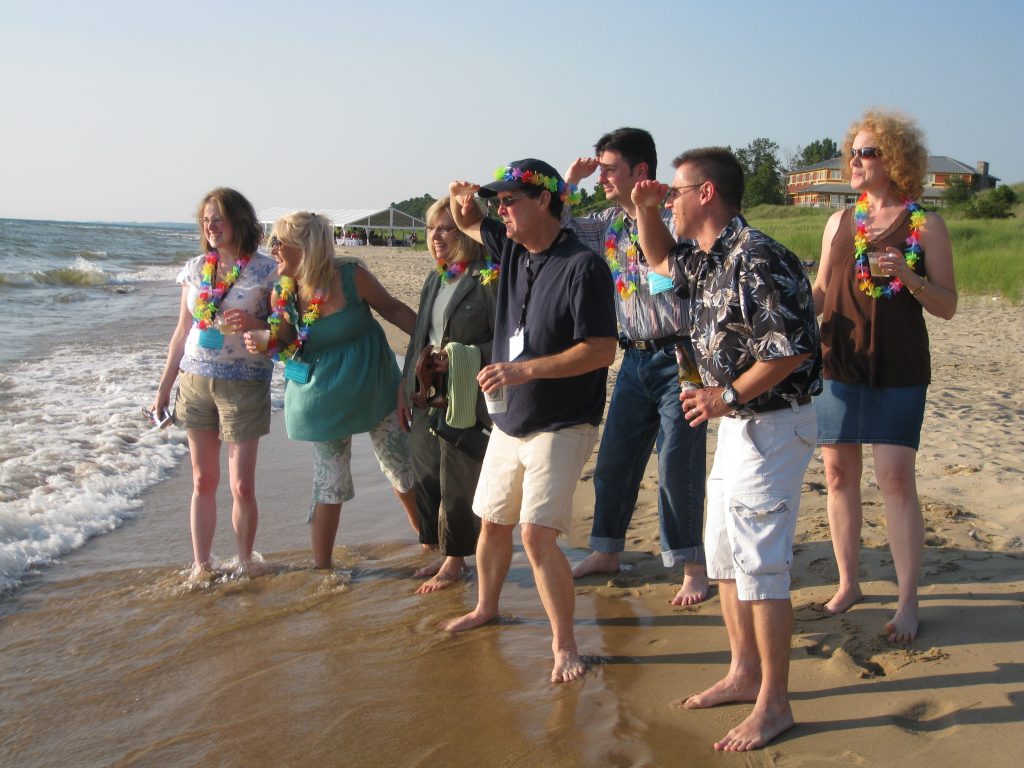 WASHINGTON, D.C. – The Administrative Codes and Registers (ACR) Section of the National Association of Secretaries of State (NASS) today announced the election of its new slate of national officers for a two-year cycle. Oklahoma Associate Editor Christopher Coffman will serve as president of the group, which includes administrative rules professionals from the federal government and all fifty states, as well as the District of Columbia, Puerto Rico, Guam, and American Samoa.

“I am honored to be serving an organization composed of talented professionals dedicated to advancing public awareness and access to the regulatory process,” said Coffman, who has served with the Oklahoma Secretary of State’s Office since 2007.  “I look forward to working with our elected officers to further advance the strategic mission of our organization.”

The national officers were elected by full member vote at the NASS 2018 Summer Conference held July 13 to July 16 in Philadelphia, Pennsylvania. They will serve a two-year term ending in July 2020.

Formed in 1978, the NASS Administrative Codes and Registers (ACR) Section brings together federal and state government professionals–often employed by Secretary of State offices–who are responsible for reviewing and compiling government rules and regulations. Some members also oversee the production of “blue books,” which are official government directories and fact books for the states.

ACR members are committed to fostering the development of better rule-writing skills and rule review techniques and developing more effective management of the rule promulgation process, particularly in the publication of administrative codes and registers. They are also focused on increasing public access to the rulemaking process.

ACR also produces the State and Federal Survey, a biannual survey of codes and registers, comprehensively documenting the operations of state and federal administrative rules “gatekeepers,” publishers and reviewers.

NASS conducted a winter meeting in Washington D.C. ACR did not attend. 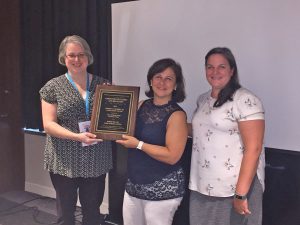 Washington, D.C. —  The Administrative Codes and Registers (ACR) Section of the National Association of Secretaries of State (NASS) awarded the Rhode Island Code of Regulations with the 2018 Robert J. Colburn, Jr. Innovation Award at the association’s annual conference in Philadelphia, Pennsylvania. The Rhode Island Code of Regulations (RICR) is a system focused on increasing transparency and encouraging civic engagement in the state’s administrative rulemaking process. The RICR features up-to-the-minute rulemaking data, includes an online public comment module, and displays complete version histories for each rule on one, user-friendly page. The application also allows users to have digital access to supporting documentation and aims to increase accessibility by making rulemaking documents fully searchable and translatable. The RICR also contains a civic education component which endeavors to make the rulemaking process easier for the public to understand. The system was designed to “function more as a conversation, not a monologue.”

“The new Rhode Island Code of Regulations (RICR) is a great example of multiple state agencies and branches of government working efficiently together to create a dynamic, intuitive application in just two years. This innovative collaboration resulted in a comprehensive solution that simplified processes, improved access, and educated the public,” said ACR President Emily Caudill, Kentucky Regulations Compiler. “I am delighted that our members in the Administrative Codes and Registers Section have recognized RICR with the 2018 Colborn Award.”

Administrative Codes and Registers (ACR), a section of the National Association of Secretaries of State (NASS), created the Robert J. Colborn, Jr. Innovation Award in July 2001 in honor of Robert J. Colborn, Jr., who served as the administrator of the Maryland Division of State Documents from 1974 through 2001 and founded ACR. The Robert J. Colborn, Jr. Innovation Award annually recognizes a program that demonstrates creativity and innovation in providing public access to, or managing, administrative rules. It honors the state agency that has made substantial contributions to the flow of information to the public by improving efficiency and delivery of services to citizens, businesses, and other governmental entities.

“As Secretaries of State, we often play the critical role of maintaining government records and ensuring that important information about government is available to our citizens in useful and meaningful ways. The RICR is not simply a website that displays regulations online. It is a portal through which the government and its citizens can communicate about the issues that affect them to make government more transparent, accessible, and efficient,” said Secretary of State Nellie M. Gorbea, who accepted the award.