Presentations and Business Meeting Information is posted on the Agenda page. 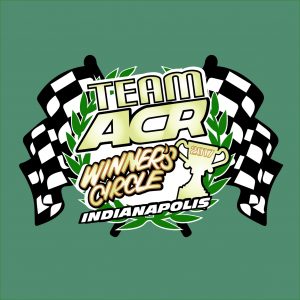 Family Friendly: Remember to register your family members if attending. Family activities are exclusively available to registered ACR conference attendees.  No exceptions permitted. Sign-up is available during online registration. The rate for a guest/spouse registration is $350. The rate for a child (ages 4-18) is $150. Children under 4 are free, but must be registered. View the family activities planned here.

Team ACR will be in high gear this summer. 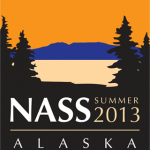 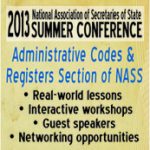 Message from the President

The “Who’s Who” session of the conference is open to all ACR members thanks to John Martinez of New Mexico. There will be no charge for this service.

We are limited to 25 people in the room at a time. We’ll first need a head count as to how many members will be able to participate.

Please take the quick survey ONLY if you plan to attend the Who’s Who, What’s New session

Those who wish to participate, please send me a “What’s New” pdf of a Word or PowerPoint document no later than Tuesday, July 16, 2013, to use during the Webinar and post to the ACR website.

In it, include: Your Name & Photo;  State and what’s new

If more than 25 sign up we will use the split session times and tell you when to participate.

John will be letting members know how to access the Webinar next week!

Message from the 2013 Conference Chair

I hope you’re all making plans to attend NASS/ACR 2013 in Anchorage, Alaska in July! All conference events will take place at Anchorage’s Dena’ina Convention Center. ACR’s meetings will be held in Tubughnenq’ 3 which is on the second floor of the convention center. Vendors’ exhibits will be one floor up in the Tikahtnu Foyer. Brad and I have been working to put together an exciting and informational ACR conference agenda which we hope you will enjoy.

We’re looking forward to seeing you all in Anchorage!

Check-in and Registration at Conference

The Hotel Captain Cook was built in the 1960s shortly after the 1964 earthquake that rocked Anchorage, AK.

To make reservations, call 1-800-843-1950 and use the code “NASS2013”, or click here. You can cancel your reservation at the Hotel Captain Cook up to 24 hours in advance of your arrival, without paying a penalty. The rate at the Captain Cook is $181 per night.

Who’s Who and What’s New

DC Council will manage their own DCCode using the Cloud Model

XML-based, drilling down to subparagraphs