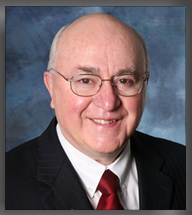 The National Association of Secretaries of State (NASS) appoints a member Secretary of State to be the liaison to the Administrative Codes and Registers (ACR) Section. The current NASS liaison to ACR is John Gale of Nebraska.

John A. Gale is the 26th Nebraska secretary of state. He was appointed by Gov. Mike Johanns in December 2000 to fill a vacancy created with the resignation of Scott Moore. A Republican, Gale was elected to four-year terms in 2002 and 2006.

Gale is committed to providing high-quality and convenient public service while operating a cost-efficient office. His goal is to make it easier for the public to access and deal with his office.

By law, he serves on numerous state boards. He serves as chairman of the Records Board, Real Estate Commission and Collection Agency Licensing Board, as well as serving on the Pardons Board, Board of State Canvassers, and Accountability and Disclosure Commission.

Gale was born on Oct. 23, 1940, in Omaha, Neb. A fifth-generation Nebraskan, Gale has close ties with different parts of the state. He grew up in Ogallala and Omaha and later lived in North Platte.