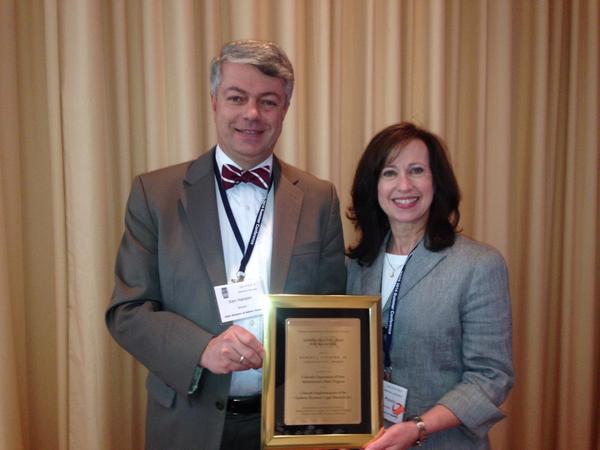 Following on a 2007 report from the American Association of Law Librarians, the National Conference of Commissioners for Uniform State Laws (NCCUSL) took up issues related to electronic legal materials. In 2011, NCCUSL approved and recommended for enactment in all the states the Uniform Electronic Legal Materials Act (UELMA). According to information available from NCCUSL, California, Colorado, Connecticut, Hawaii, Idaho, Minnesota, Nevada, North Dakota, and Oregon have all enacted UELMA as law. Legislation with the same objective has been introduced in Delaware, District of Columbia, Illinois, Maryland, Massachusetts, Pennsylvania, and Rhode Island.

Colorado became the first state to adopt UELMA on April 26, 2012. The bill provided for a March 31, 2014 effective date. Upon its adoption, UELMA applied to the Code of Colorado Regulations (CCR) and the Colorado Register (CR) which have been official electronic publications since 2007. The Colorado Department of State’s Administrative Rules Program became the agency responsible for implementing UELMA as it applies to these publications.

With its broad applicability to a growing number of states, Colorado’s implementation of the Uniform Electronic Legal Materials Act is recognized for demonstrating creativity and innovation in assuring authenticity, integrity, restorability, and usability of administrative rules electronic publications.

On April 26, 2012, Colorado became the first state to adopt the Uniform Electronic Legal Material Act (UELMA), less than a year after it was approved by the National Conference of Commissioners on Uniform State Laws. Since July 1, 2007, Colorado has electronically published the Code of Colorado Regulations and the Colorado Register as official legal material. By spring of 2014, the Colorado Secretary of State’s Office launched a new Code and Register e-filing and publication system that complies with the requirements of the UELMA.

The UELMA project’s requirements were to:

Seeing an opportunity to improve the e-filing system in tandem with the UELMA development, the Colorado Secretary of State’s Office expanded the project’s goals. The nationally acclaimed, eight-year-old system was overdue for technical upgrades and usability enhancements. Implementing the UELMA afforded the chance to make a great product into an exceptional online service.

The project was completed successfully and on time by March 31, 2014. The office not only accomplished the UELMA’s mandated requirements but also streamlined and enhanced the e-filing experience for state agency rules coordinators. Prompted by user feedback gathered at round table and one-on-one meetings, and through an online survey, the office made the following improvements:

The online publications of the Code of Colorado Regulations and the Colorado Register and the Colorado Secretary of State’s e-filing system have been highly effective in providing unprecedented public access to state regulations and are making government more efficient. The second generation system modifications build on this success, enabling government users to be more effective and efficient, and providing all users with clear assurance that they have access to official, authenticated state regulations.